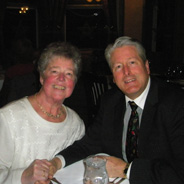 Pastor Tom grew up in Rochester, New York, and pursued musical studies at the Baldwin Wallace Conservatory in Berea, OH from which he received a Bachelor of Music degree and then the Yale School of Music in New Haven, CT from which he received a Master of Music degree.  While finishing his studies at Yale, he came to personal faith in the Lord Jesus Christ and sensed His call to full-time ministry. Tom received his Master of Divinity degree from the Conservative Baptist Seminary of the East and is a licensed and ordained minister with the Conservative Congregational Christian Conference.  He has been in full-time Christian service for the past 40 years, having served previously at two other Connecticut churches as well as at churches in Nebraska and Massachusetts. Along the way, he has been privileged to shepherd God’s people in many diverse ways including preaching and teaching, music and worship, administration, visitation, counseling, weddings, and funerals.  Alongside his ministerial responsibilities, Tom enjoys opportunities as a performing artist appearing in musical and theatrical productions as time and opportunity permit.  For recreation and the refreshment of the soul, he enjoys kayaking, gardening, and, of course, reading!

Linda is a homemaker and devoted helpmate.  She grew up on Long Island in Hicksville, NY.  She was blessed to be raised in a Christian home, came to faith at an early age, and attended and graduated from the King's College in Briarcliff Manor, NY with a Bachelor of Science degree in Elementary Education.  She subsequently earned her Master’s Degree in Education from Towson State University. She also has had a rich career in Christian service having taught for 29 years at Christian schools in Maryland and Connecticut. Linda especially enjoys being a wife and homemaker, laughter, studying God’s Word, being out in nature, photography, music, playing games, extending hospitality to guests, and enjoying their company as well as the company of their dogs, Peanut & Pepper. 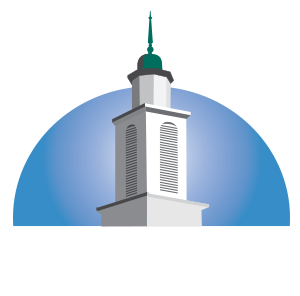